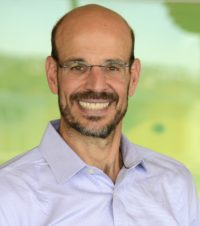 Terry is a world-renowned expert in the field of chimeric antigen receptor T cell (CAR T) therapies, with deep experience on the preclinical and clinical development of CAR T cells.

Before joining Sana, Terry held a number of academic roles at the University of Colorado, including Professor of Pediatrics, Hematology and Immunology; Co-Director of the Human Immunology and Immunotherapy Initiative; and Director of Cancer Immunotherapy at the University of Colorado School of Medicine. He also holds the Robert and Kathleen Clark Endowed Chair in Pediatric Cancer Therapeutics at the Children’s Hospital in Colorado.  Previously, Terry served as Head of the Hematologic Malignancies Section in the Pediatric Oncology Branch at the NIH where he led efforts in Cellular Immunotherapy for pediatric leukemia, including CAR T cell programs against CD19 and CD22. Terry was also the Chief of Blood and Marrow Transplantation at Children’s National Medical Center in Washington, DC.  He serves on the Committee for Scientific Affairs for the American Society of Hematology, Vice Chair for Biology in the Cellular Therapy Committee of the Children’s Oncology Group and was recently elected to the American Society for Clinical Investigation.

Terry completed his MD and pediatric residency at Georgetown University and his oncology fellowship at Johns Hopkins. He received his Bachelors degree at Colgate University.