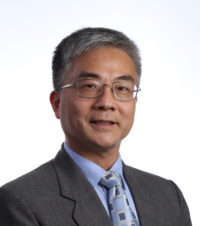 Ke has more than 20 years of experience and expertise in oncology and cell and gene therapy, including basic, translational, and clinical research, drug development, and regulation.

Ke joins Sana after more than 17 years at the U.S. Food and Drug Administration (FDA), including the Center for Biologics Evaluation and Research (CBER), Center for Drug Evaluation and Research (CDER), and Oncology Center of Excellence (OCE), most recently serving as OCE’s Associate Director for Cell and Gene Therapy, and Chief of Oncology Branch in CBER’s Office of Tissues and Advanced Therapies. He oversaw the clinical evaluation and approval of many innovative cancer therapeutics with curative potential, including chimeric antigen receptor (CAR) T cells, T cell receptor (TCR)-modified T cells, genome-edited products, neoantigen-based therapies, adoptive T cell therapies, oncolytic viral therapy, dendritic cell therapy, and combinations of these immune-oncologic therapeutics with checkpoint inhibitors and other agents. He has received many awards, such as FDA’s honor awards for guidance writing and reviews for new drug and biologic applications, as well as mentoring awards.

Prior to FDA, Ke served as an associate investigator for multiple clinical trials studying a variety of new cancer therapeutics at the U.S. National Cancer Institute (NCI). He served as protocol chairperson responsible for developing and conducting a clinical trial using genetically modified cells for the treatment of cancer patients.

Ke has 38 publications and book chapters elaborating on scientific and regulatory perspectives on drug development, approval pathways and standards, trial endpoints and design. He is a co-inventor of a U.S. patent for cancer cell therapy.

Ke is a medical oncologist and internist, certified by the American Board of Internal Medicine (ABIM). He served as a volunteer attending medical oncologist for more than 15 years at the Veterans Administration Medical Center in Washington, D.C. Ke completed his internal medicine internship and residency in Albert Einstein College of Medicine, his medical oncology fellowship at the NCI, and additional cancer immunotherapy training at the NCI’s Surgery Branch. He obtained his MD from Henan Medical University in China and his PhD in molecular biology from Cornell University Graduate School of Medical Sciences.