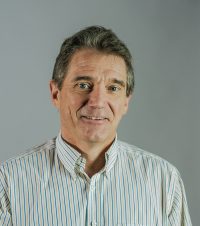 Chuck joined the UW faculty in 1996 and reached full professor in 2004. He founded the UW’s Center for Cardiovascular Biology in 2005 and co-founded the Institute for Stem Cell and Regenerative Medicine in 2008.

Chucks’s research pioneered the use of human pluripotent stem cells for heart regeneration. His laboratory was the first to form human myocardium in experimental animals using stem cell transplantation and demonstrate that this restored the heart’s function. Chuck received a Burroughs-Wellcome Career Award in the Biomedical Sciences in 1996 and a Presidential Early Career Award in Science and Engineering in 2000. He is an elected fellow of the American Association for the Advancement of Science, the Association of American Physicians, the American Institute for Medical and Biological Engineering, and the Washington State Academy of Sciences. Chuck has served as a Counselor for the International Society for Heart Research (chairing the Stem Cell and Gene Therapy Interest Group), and the Society for Cardiovascular Pathology (chairing the Program Committee). He has served on multiple editorial boards, review boards for NIH and private foundations, scientific advisory boards, and organizing committees for international meetings. He is currently a member of the Board of Directors and serves on the Clinical Translation Committee of the International Society for Stem Cell Research.